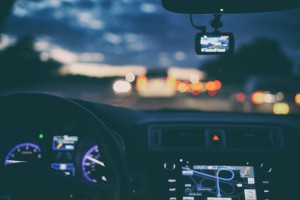 Florida is one of the few states in the country with texting while driving laws that, when compared to other states, are unusually lenient. Perhaps, as a result, crashes are seeing a dramatic rise in the Sunshine State, according to a Sun Sentinel article released earlier this month.

While lawmakers continue to debate and iron out the kinks in an effort to create stricter texting while driving legislation, a recent analysis shows more than two million crashes that are typically associated with texting and driving have alarmingly risen. Between 2013 and 2016, accidents jumped by more than ten percent, yet crashes involving careless driving have increased over three times that amount. One of the largest culprits involved in these careless driving accidents is failing to remain in the proper lane followed closely by running stop signs. Improper passing, sideswiping a vehicle traveling in the same direction and ignoring road signs/markings have also jumped.

According to the Sun Sentinel article, texting while driving has gotten so bad, law enforcement officers often mistakenly stop drivers thinking they’re under the influence only to find the driver is sober, albeit preoccupied with their phone.

You can read more at the following link: http://www.sun-sentinel.com/news/florida/fl-reg-texting-driving-crashes-rise-20180122-story.html.

This update is brought to you by the Miami traffic ticket attorney team of Hochman & Goldin, P.A. We can assist you with criminal traffic violations and we are ready to answer your questions. Please call 305-665-1000 to speak with one of the Miami criminal traffic lawyers today.