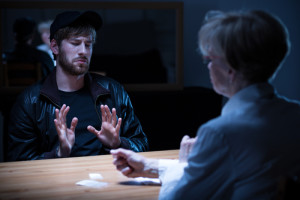 Being arrested for an alleged crime like DUI manslaughter or homicide or a DUI-related crime that results in bodily harm of a serious nature will usually involve being taken to a police station for an interrogation.  However, before a law enforcement officer can ask any questions, he or she must read the alleged criminal his or her Miranda Warnings, also known as Miranda Rights or risk violating the individual’s Fifth Amendment right.

In one example in Palm Beach County, a woman was taken into custody because she allegedly committed DUI manslaughter.  While talking with a Florida Highway Patrol officer, the woman was informed that a criminal investigation was being conducted and anything she said could be used against her.  While the woman was read her Miranda Rights, she opted not to speak until she had legal representation.  However, the officer chose to continue with the interrogation and the responses given were considered potentially incriminating.

When someone is in custody or is being interrogated and exercises their Miranda Rights, a law enforcement officer must immediately refrain from further questioning and he or she cannot proceed with any more questioning until the alleged criminal has legal representation present or a valid waiver is obtained from the police.