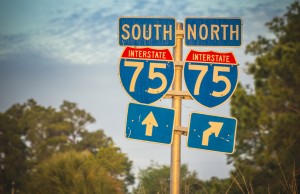 Were you among the many South Floridians eagerly awaiting the opportunity to improve your commute by using the Interstate 75 (I-75) express lanes this weekend? If so, you’re going to have to wait a little longer to try them out. According to a recent Local 10 News article, the Florida Department of Transportation (FDOT) recently decided to postpone the opening of the express lanes until the 24th of this month due to further system testing. These new lanes will run from Northwest 138th Street in Miami-Dade County to Interstate 595 in Broward County.

The FDOT has released a full list of express lane entrances and exits, which you can read more about at the following link: https://www.local10.com/traffic/opening-of-new-i-75-express-lanes-postponed-until-march-24.