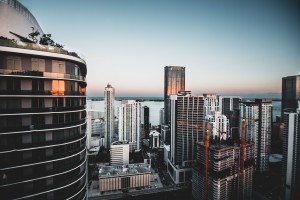 The problem with urban planning for cities with small to modest populations is that in the event of exponential growth over decades, what was once a smart solution may very well become an extreme inconvenience. Case in point is the drawbridge on Brickell Avenue over the Miami River. When an artery of the downtown layout is intermittently blocked due to passing ships, it creates headaches for commuters and residents alike. There have been several proposals to replace the bridge with a tunnel and have cars drive under the river without interruption, similar to U.S. Route 1 tunneling under the Tarpon River in downtown Fort Lauderdale.

Miami Mayor Francis Suarez supports the proposal, and cites the nearby port tunnel off MacArthur Causeway as one to be modeled after. The Dade County Transportation Planning Organization in collaboration with the Downtown Development Authority has floated six concepts for the project; an agreement is challenging since the DDA does not want extreme trenching or the elimination of foot and bicycle traffic on the avenue.

There have been other suggested alternatives, such as traffic light synchronization in the downtown grid as well as an alert system such as a mobile app to notify motorists when the bridge is opening and to seek other routes.

This update is brought to you by the Miami traffic attorney team of Hochman & Goldin, P.A. We can assist you with criminal traffic violations and we are ready to answer your questions. Please call 305-515-5497 to speak with someone at the Miami ticket law firm today.