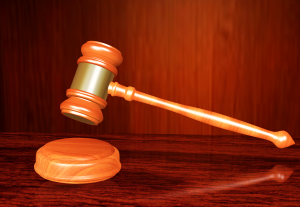 One of the things we specialize in is expungement, but have you wondered what that even is? Let’s say you’re arrested but end up having your charges dropped. In such a scenario, you may have the option of having your record expunged. This can be applied to the majority of crimes provided you’ve never been adjudicated guilty of a crime or have had your record expunged previously. A record expungement carries a lot of weight because even if your charges are dropped by the state, the arrest itself will still show up on your record. With an expungement, you’re legally allowed to deny that you were ever arrested.

Should you run into a scenario where you’re found guilty of a crime or enter a plea and the judge chooses to withhold adjudication of guilt, or if you’re acquitted after a jury trial, things change. In this situation, you’ll be eligible for a record seal as opposed to an expungement. This will allow you to legally deny that you were arrested, but only to the public at large. Certain parties such as law enforcement may still be able to access your criminal record. With a record seal, the majority of employers won’t be able to learn about your criminal record.

If you have questions about having your record expunged, give us a call!