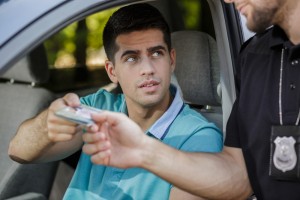 Drivers that commit a traffic offense run the risk of receiving points on their license. The more points received on the license, the greater the odds are of having the license suspended. This means the driver will be unable to legally operate a vehicle for a certain amount of time. Should a driver be pulled over while they are driving with a suspended license, there is a strong risk of severe penalties, including possible jail time.

While points can accumulate, they will not remain on a license permanently. Generally, points will stay on the license for a maximum of three years. However, it’s important to note that even with the removal of the points, a person’s driving record may still show the ticket(s) received in the past. It’s also worth noting that a driver can receive points for traffic offenses committed in states beyond Florida.

The length of time a person’s license will be suspended depends on the number of points received and the period in which they were received. For example, receiving twelve points within a twelve year period will result in a thirty-day license suspension while receiving 24 points within a span of three years will cause the license to be suspended for an entire year.