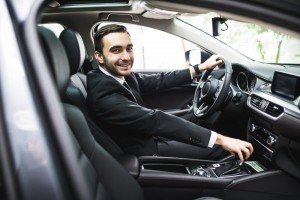 We all know Uber is one of the most convenient ways to get around the city. For many Uber drivers, the service is one of, if not their primary means of income. This means they probably spend several hours a day on the road, which could result in fatigue or worse, drowsiness. Uber is taking this into account by launching a new feature aimed at helping drowsy drivers.

Should an Uber driver work for twelve hours, he or she will receive a notification on their phone asking them to take a six-hour break. While it may seem tempting to disregard, Uber will not allow the driver to continue using the app until those six hours have passed. Hence, drivers are essentially being forced to take a break. Drivers will also receive an alert when they are approaching the twelve-hour mark.

A recent survey by the National Sleep Foundation revealed some concerning results showing that close to seven million people have admitted to dozing off while driving. While drivers may not appreciate being forced to take a break, Uber believes it’s “a call that can’t be ignored”, according to the Sun Sentinel article where the news story was originally published.