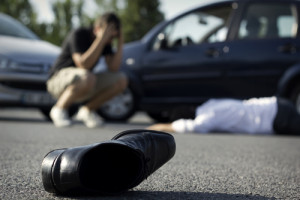 The Obama presidency may be coming to an end soon, but the Obama administration continues to spearhead lofty initiatives aimed at bettering the lives of Americans. Last week, the Transportation Department set an ambitious plan to eradicate traffic fatalities and injuries in the country within the next three decades.

The Transportation Department’s plan has a primary focus on fostering efforts to increase the use of seatbelts, rumble strips, and there are also campaigns aimed at deterring drunken and distracted driving. Along with the ongoing efforts to improve and introduce self-driving vehicles to the masses plus new safety technology, the department believes the zero deaths goal can be achieved. Vehicles that are fully autonomous have the potential to remove the element of human error, which is considered a factor in over ninety percent of crashes, per the department.

The reason behind the ambitious plan was largely due to the more than seven percent surge in road deaths that occurred last year. It is not an entirely new idea either; the U.S. is following in the footsteps of Sweden which adopted a similar zero deaths plan nearly twenty years ago called Vision Zero. This plan has since been adopted in other parts of the world.

How do you feel about this bold new plan?