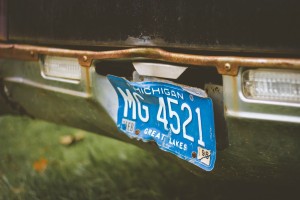 In an effort to try and curb crime, Miami Beach Police are making their case for permanent license plate readers on state roads. While it may be well-intentioned, there are some doubts and concerns as to whether this would violate the rights of citizens.

During the Memorial Day Weekend, Miami Beach Police will use their mobile license readers to scan plates at each entrance to the barrier island as a means of anticipating crowds, commotion, and any possible criminal activity. The results have been positive and officers have seen the advantages of using the devices. In fact, a few weekends ago, a suspect fleeing from police cruisers ended up crashing into a bus. Officers were able to arrest the suspect thanks to the advantage of the mobile license plate reader. With this positive momentum, Miami Beach Police are asking the State Legislature to pass the bill that would allow the readers on state roads.

The American Civil Liberties Union (ACLU) has an issue with this, viewing it as a possible invasion of privacy. According to the ACLU, there are concerns about authorities being able to track a person’s movements and being able to retain the data they’ve obtained for a certain amount of time. The ACLU states that there should be “clear regulations” put in place to prevent such a scenario.