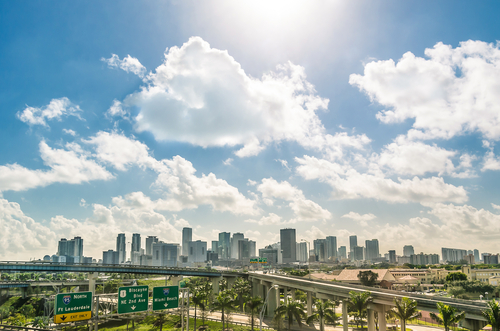 If you’ve spent any time driving on the Palmetto Expressway recently, you’ve likely chosen to use or have at least seen the express lanes. Per the Florida Department of Transportation (FDOT), drivers who decide to drive on the new lanes would pay at least fifty cents per segment, which run north and south between West Flagler Street and Northwest 154th Street in addition to I-75 near Northwest 107th Street.

Though the express lanes did not receive unanimous praise when they were announced, Miami-Dade pushed forth with the $250+ million project. Since their official opening, the lanes have generated $2 million in revenue according to the FDOT and have cut down on commute times by nearly half. While the standard Palmetto lanes usually take drivers about seventeen minutes to pass through during peak hours, the express lanes cut that down slightly to about nine minutes.

Despite the revenue and the reduced travel time, the future of the Palmetto express lanes is at stake. A pair of Florida lawmakers have recently introduced a bill that aims to get rid of the express lanes and prevent tolls from being created on the Palmetto. According to the lawmakers, the tolls are resulting in greater congestion for Hialeah residents.

Will the Palmetto express lanes be short-lived? Their fate will be determined during Florida’s 2020 legislative session, which kicked off earlier this week.

This update is brought to you by the Miami traffic attorney team of Hochman & Goldin, P.A. We can assist you with criminal traffic violations and we are ready to answer your questions. Please call 305-665-1000 to speak with one of the Miami criminal traffic lawyers today.