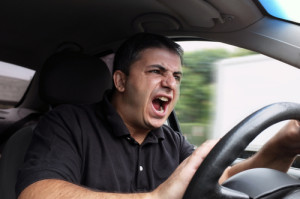 Florida law enforcement is cracking down and strongly imploring drivers to stop driving aggressively. The enforcement follows documents showing an alarming surge in crashes involving tractor-trailers across the country as officials seek to stop the record rise in fatal wrecks.

Until October 20th, Florida Highway Patrol (FHP) troopers will be keeping a close eye out for drivers operating their vehicles recklessly as part of their Ticketing Aggressive Cars and Trucks (TACT) campaign. These troopers are setting their sights on drivers that may be creating road hazards by tailgating, speeding, or attempting to weave through traffic. TACT is held annually and arrives shortly after the National Highway Traffic Safety Administration released its traffic fatality report, showing the highest rise in fatalities in more than three decades.

While TACT may be aimed largely at traffic enforcement, it also involves an educational component, with brochures, billboards, and radio ads aimed at enlightening drivers.

When driving near a tractor-trailer, drivers should try and stay away from areas where they are not visible, such as the back or the sides.