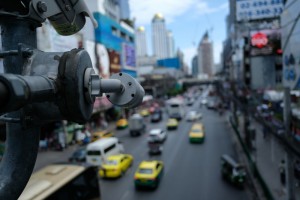 In case you missed the news earlier this month, the mayor of Miami has officially kiboshed the red light camera program, announcing that the city will no longer be issuing tickets from red light cameras.

Ever since the red light cameras were rolled out, they have remained a major point of contention. Back in January, the Florida House of Representatives sought legislation to put an end to the red light cameras. Lawmakers who backed the repeal contended red light cameras are being used by cities and counties as a way to make money. House Republicans believed the cameras were being used by counties and cities as a means of making money. However, those who supported the cameras believed they were useful in improving safety on the Florida roadways.

Drivers that received red light camera tickets often faced hefty fines and in many cases, license suspension. Similar to speed traps, red light cameras provide a substantial amount of revenue for not only the city but also the state, as House Republicans argued. What’s more, nearly forty percent of license suspensions have occurred right here in South Florida, in Miami-Dade County to be specific according to the Department of Highway Safety and Motor Vehicles (DHSMV).