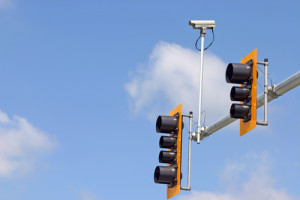 Here’s an interesting fact about Florida’s red light statute: the way that it’s enforced is not universal. Indeed, enforcement may vary depending on which city or county you happen to be in and how someone who has been ticketed goes about a resolution.

Much like speed traps, red light cameras provide a considerable amount of revenue for not only the city but also the state. These tickets result in thousands of drivers having their licenses suspended every year. What’s more, close to forty percent of these suspensions happen right here in South Florida, in Miami-Dade County to be specific according to the Department of Highway Safety and Motor Vehicles (DHSMV).

Recently, a judge suspended the licenses of more than ten Florida drivers who failed to pay the violation and also failed to show up to court once the violation became a Uniform Traffic Violation. Many drivers remain unaware of the tickets until it’s too late and they discover they’ve had their licenses suspended.

Per the DHSMV, over a million people received red-light camera violation notices in 2016. By the end of the year, over 300,00 of them were listed as unpaid. If the violation remains unpaid, it becomes a traffic citation, which does not carry any points but will appear on a driver’s record.

Do you have questions about red light camera tickets? Give us a call.