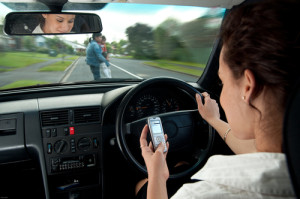 Florida’s ongoing efforts to take a stronger stance against the rampant issue with texting while driving took a positive turn earlier this month after passing its first hurdle. Senate Bill 144 (SB 144) received the okay from a transportation sub-committee. Originally, SB 144 was aimed at making texting while driving a primary violation if the driver was age eighteen or younger, but a quick amendment at the last minute tweaked the age range to include drivers of all ages.

SB 144 and another bill that serves as a companion of sorts still faces an uphill climb as it makes its way through several additional sub-committees before it reaches the hands of the legislature in hopes of being voted into law. Despite the small gain, the forward momentum is certainly welcome news as lawmakers continue their fight against texting and driving.

Besides SB 144, another bill called SB 1742 being spearheaded by a State Senator was also tweaked. With this bill, a driver caught texting while driving in a school zone or at a school crossing would be committing a primary offense. This bill and its revision would remove the need for a law enforcement officer to witness another traffic violation before he or she could pull the driver over.

This update is brought to you by Miami traffic ticket lawyer Hochman & Goldin, P.A. We can assist you with criminal traffic violations and are ready to answer your questions. Please call 305-665-1000 to speak with a Miami speeding ticket lawyer today.