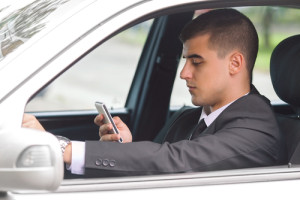 Last Friday marked three years since Florida Governor Rick Scott signed the law banning texting while driving into action. Despite the amount of time that has passed since the law went into effect, accidents involving texting while driving have arguably only gotten worse, forcing already expensive insurance premiums to rise (Florida drivers pay among the highest premiums in the country). Should lawmakers take the next step and make texting while driving a primary offense? It would at least allow police to enforce laws without having to wait for a driver to commit a violation or possibly crash.

Distracted driving continues to be a major problem among Florida drivers. In fact, accidents that involved distracted driving have increased by more than thirty percent between 2012 and 2015 per the Department of Highway Safety and Motor Vehicles. In 2015, over twenty people lost their lives in various parts of Florida because of distracted driving which is considered looking away from the road, a driver removing his or her hands off the wheel, or focusing on something else besides driving. Texting is essentially a fusion of these three things and it can double the possibility of a driver being involved in a crash.