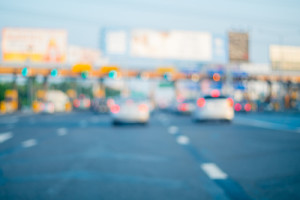 Do the tolls on roadways like I-95 Express actually help you reach your destination any faster during your daily commute?  South Florida drivers don’t seem to think so. Many drivers are reporting that they feel like they’re spending a greater amount of money, most of the time on pricey tolls that don’t do them many favors in getting to where they’re going faster.

Depending on the distance, some drivers may spend upwards of $300 to $400 dollars.  One example might be a driver who has to commute from Homestead all the way to South Miami.  The daily commute can take up to two hours just one way depending on traffic conditions.

The Florida Department of Transportation earned roughly over $600 million in tolls in 2012 and that number increased to $866 million last year. In 2010, the Miami-Dade Expressway Authority (MDX) which oversees several roadways including State Road 112/Airport Expressway earned close to $183 million in tolls last year.  The funds for these tolls are often used for maintenance or to fund construction projects designed to improve the roadways.

On I-95 Express where tolls are adjusted based on congestion, the maximum price is currently $10.50 but it’s not unusual for traffic to come to a standstill even as neighboring free lanes manage to flow freely.

For the time being, South Florida drivers may simply have to decide whether the convenience of a toll road is a better option to the free alternative.