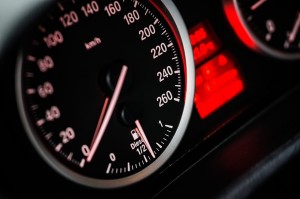 Drivers going well over the speed limit isn’t something new, especially in Florida which is already known for having some of the worst and most aggressive drivers in the country. In fact, according to a WPLG article, it is not uncommon for the Florida Highway Patrol (FHP) to catch speeders going as much as 100 miles per hours or more. So, which are the areas that tend to attract the most speeders? Let’s take a look.

We’ll kick things off with the Gratigny Expressway which FHP says has resulted in more than seventy drivers receiving a ticket between the period of January 2017 to September of this year. In particular, the stretch between Lejeune Road and Red Road is known for people going at least 100 mph or more.

Speaking of major highways, the Florida Turnpike is also popular with speeders, particularly Griffin Road to Sunrise Boulevard. Over 200 drivers have been caught speeding.

The dubious honor of the number one speeding spot goes to another highway: I-75 north. As for the area, it comprises Alligator Alley, from U.S. 27 east. If 200 drivers being busted on the Florida Turnpike weren’t enough, FHP has caught a whopping 221 drivers soaring through at those same high speeds.

To read more, check out the WPLG article at the following link: https://www.local10.com/news/local-10-investigates/fhp-troopers-target-these-speedway-hot-spots-in-south-florida.