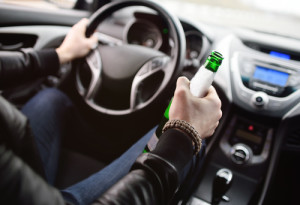 Well here is some refreshingly positive news for once regarding South Florida drivers. A recent Miami Herald article states the number of drunk drivers on the roadways has decreased substantially. The number of DUI-related arrests by the two largest police departments in Miami-Dade County dropped more than sixty percent last year compared to four years earlier. Between the period of 2013 to 2015, over 1,000 people were arrested by the police. In 2017, less than 600 people were arrested for the same charges.

With such encouragingly large drops, the inevitable question turns to the reasons behind the decrease in DUI arrests. As you may have already guessed, it’s believed ride-sharing companies and their ongoing rise in popularity may have played important roles as more people rely on services like Lyft and Uber to get around when they’ve had too much to drink. Other factors that may also have contributed include proactive law enforcement, better public education about the dangers of driving under the influence, and the perceived trend that millennials prefer not to drive.
Regardless of the reasons, fewer DUI arrests mean potentially safer roads for the rest of us…and that’s always a good thing. You can read more by visiting https://www.miamiherald.com/news/local/article215758380.html.