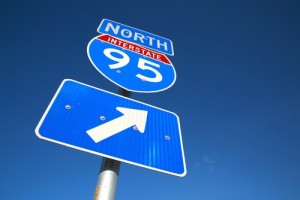 For those of you traveling northbound on I-95 in Broward County, you’re going to notice a welcome change. To the surprise of just about everyone who has ever traveled through there, the Florida Department of Transportation (FDOT) has gone ahead and switched up the traffic pattern just north of Sheridan Street.

When the FDOT added express lanes in the county, it resulted in a merge on Griffin Road. Unfortunately, this merge meant that any driver traveling in one of the fast lanes would be caught by surprise, forcing them to merge to the right and slow down. This sudden slowdown could cause confusion while also causing significant traffic backups, bottlenecks, and accidents. In fact, ever since the merge was implemented last year, crashes in that particular area ended up doubling.

Since the new traffic pattern was implemented a month ago, the number of accidents has decreased dramatically compared to 2016, by more than eighty percent in fact. The traffic snarl is pretty much entirely gone, improving a driver’s commute by about ten to fifteen minutes. These minutes are invaluable during the rush hour commute.

Do you frequently travel in or near the Broward County I-95 express lanes? If so, what do you think of the new changes?