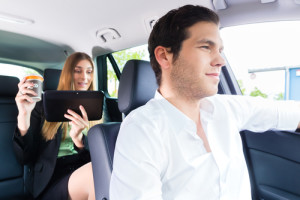 Are police allowed to detain an innocent passenger due to a driver’s minor infraction?  That’s the case the Florida Supreme Court will soon be evaluating.  The case that lead to the evaluation involves a man who was riding as a passenger in a vehicle that was stopped because of a burned out brake light.  The officer also noticed that the driver was not wearing his seatbelt.  Upon pulling over, the passenger stepped out of the vehicle but was told to stay in the vehicle by the officer.  During the stop, the officer also discovered that the man was in possession of a small bag of cocaine and was subsequently placed under arrest.

During the trial, a 1999 court decision was brought to light that resulted in a forced dismissal of the charges brought against the passenger.  A Court of Appeal disagreed with the decision, stating that the police officer’s safety should be the priority, stating that a “departing” passenger could become a distraction for an officer and therefore increases the risk of potential harm, especially as he or she moves further and further away from a vehicle.

How do you feel about passengers being detained because of the actions of a driver?  We’ll soon know the outcome when the Florida Supreme Court makes its decision.