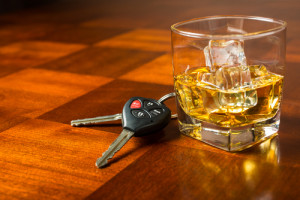 With its vibrant art scene, superb beaches, varied nightlife, and plenty of places to visit, South Florida is full of activities.  With all there is to see and do in the metro area, it is imperative that one be highly vigilant against the dangers that involve drunk driving.

It’s estimated that a person is killed by drunk driving about every 53 minutes and injured in a drunk driving crash every two minutes.  Organizations like Mothers Against Drunk Driving (MADD) make it a point to raise awareness of choosing better driving practices, including a designated driver, calling a cab, or using public transportation like Uber or Lyft.

Recent reports have shown that DUI arrests have gone down in Miami-Dade since 2015, and it’s believed that ridesharing programs like Uber and Lyft may be responsible for reducing the number of drunk drivers on the road.  Per a study conducted by MADD, the organization concluded that Uber can, in fact, be a powerful tool in cutting the amount of drunk driving.  Based on driving behavior in Miami-Dade County, the study showed that the number of Uber riders were highest during the time when crashes involving alcohol have happened in the past, strengthening the belief that Uber can assist in providing a safe, alternative means of transportation.