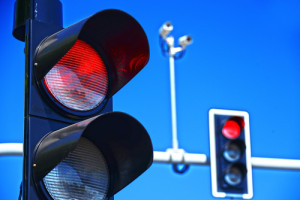 Among the many contentious issues Miami drivers have had a problem with, red light cameras is certainly among them. There was a strong movement to try and get rid of them and the Miami-Dade County Commission recently made progress by voting to rescind the county’s authority to install the cameras in unincorporated areas. This means that places like Kendall, Brownsville, Redland, and Westchester will never see red light cameras as you’re driving through them.

The whole red light camera movement came to be in 2011 when the commission decided to give Miami-Dade County the power to install these cameras in unincorporated areas, with the intention that streets would be safer while also allowing a steady stream of semiautomated revenue. In fact, Miami-Deade County had already ordered 150 of these cameras last year, but they were ultimately never installed. Reasons for this include legal backlash and rulings against certain aspects of the cameras.

Miami-Dade isn’t the first government in the county to change its mind on red light cameras; North Miami also decided to get rid of them last year. Drivers should be aware however that the new rules extend solely to unincorporated Miami-Dade and they do not affect any of Miami-Dade’s red light cameras currently being operated by towns and cities.