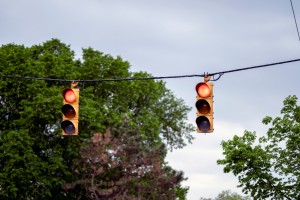 In the seemingly ongoing back and forth concerning red light cameras, there are some new developments. While the cameras have been deemed legal, several cities in Florida have made it known they do not intend to use them, according to a Sun Sentinel article released earlier this month. These cities include Hollywood, Boca Raton, and Delray Beach.

The Florida Supreme Court turned down an argument that the city of Aventura allowed an outside vendor too much power to influence whether red light cameras photos showed traffic violations. The rejection ruling maintains Florida’s red-light camera law. Receiving a red light camera ticket can carry a fine of just over $150.

While several cities have no intention of using the red light cameras, other cities may see things differently. Per the article, the mayor of Fort Lauderdale has stated an interest in seeing the cameras return as a means of putting “unruly drivers on notice.” Pembroke Pines and Boynton Beach have also turned their cameras back on.

Red light cameras remain a controversial issue in Florida. Opponents see it as a means for red light camera companies and local governments to earn money while supporters believe they assist with making the roads safer as well as keeping drivers from running a red light.

This update is brought to you by Miami traffic ticket lawyer Hochman & Goldin, P.A. We can assist you with criminal traffic violations and we are ready to answer your questions and help you fight your ticket. Please call 305-665-1000 to speak with our legal team about fighting your Miami civil traffic tickets.