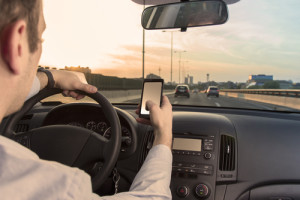 Jay Winsten is a Harvard University professor well-known for being the man responsible for introducing the idea of having a designated driver. Fast forward several years, and Winsten now finds himself attempting to tackle the rampant problem of distracted drivers.

Winsten is currently in talks with federal and local Massachusetts officials to try and develop an effective campaign and message aimed at raising public awareness. The campaign would have one major goal in mind: to convince drivers their sole responsibility is to focus exclusively on driving the car. Per the National Highway Traffic Safety Administration, more than 3,400 people were killed because of distracted driving in 2015, and the problem has only continued to grow since then.

Americans are certainly aware of the risks, but surveys show that they perhaps foolishly believe they can multitask while on the road. Interestingly enough, these same people say they do fear becoming a victim of someone who happens to be texting, taking selfies, or checking their social media account while on the road. The situation is very similar to drivers who have had too much drink but still believe they can safely get behind the wheel.