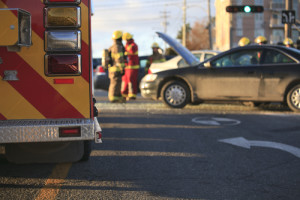 There is perhaps nothing worse during a daily commute than leaving for work on time or early only to realize that there’s a major accident on one of the roads you’ll be taking.  Depending on the severity, it could take several hours for the police or highway patrol to clear up the incident, resulting in traffic standstills and lots of major headaches for numerous drivers.

Over in Orlando, the Florida Highway Patrol (FHP) and the city’s police department are joining forces on a project designed to combat this situation, allowing accidents and traffic tie-ups to be cleared much faster.  This project involves digital radar mapping technology that’s been around for years and has grown tremendously in its sophistication.  Today’s technology can scan accident scenes and provide data at a quicker rate for law enforcement.

The Orlando Police Department and the FHP have raised more than $250,000 in funding for this new project.  Should everything go as planned, the two will be the first and second in line to receive these new scanners, respectively.  With the new technology, law enforcement can quickly prepare the necessary documentation and allow roadways to re-open quicker.

The mapping technology has already proven successful in other states like Oregon where the reduction in overtime has resulted in savings of $50,000 in two years.