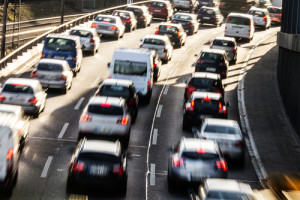 Miami-Dade County has a new transportation chief and one of his goals is to tackle that common problem here in Miami: traffic congestion. How does he plan to tackle this? By persuading drivers to leave their vehicles.

The chief’s initiative represents one of the boldest efforts to try and manage Miami’s traffic woes. Though he didn’t specify a surefire solution to the problem, he has expressed the strategies designed to encourage people to drive their vehicles less and switch to transit. These strategies are part of what’s being called the “Strategic Miami Area Rapid Transit (SMART) Plan” and “Bus Rapid Transit”, or simply BRT.

With the SMART Plan, a series of six transit lines are expected to be built some time in the near future that would ferry western suburb residents over to their place of employment in the urban areas along the eastern shore. These lines would also include a link between Miami Beach and Miami.

As part of the BRT Plan, corridors are being considered along Flagler Street, Kendall Drive, and 27th Avenue. These lines would resemble something closer to what the Metrorail service is like than the typical definition of a bus moving in traffic. Each of these buses would have a dedicated line and they would stop at certain stations with platforms that are raised and align with the doors of the vehicle to remove the need to climb steps.