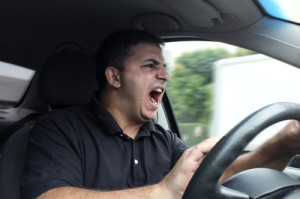 Considering South Florida has some of the worst and most aggressive drivers in the country, some recent figures released by the AAA Foundation for Traffic Safety aren’t all that surprising. About eight in every ten drivers in the United States have admitted to moments of road rage or acting aggressively at least once during the past year. This behavior includes tailgating (the most common aggressive behavior), cutting off another driver, making obscene gestures, or yelling at them.

While this behavior can be dangerous, about eight million drivers have taken their road rage a step further by intentionally bumping or ramming other vehicles, or stepping out of the vehicle to confront another driver.

The most aggressive drivers were perhaps unsurprisingly men between the ages of 19 to 39. Male drivers were deemed to be three times likelier than women to get out of their vehicle, confront another driver or intentionally ram their vehicle.

Also not surprising is the fact that the research shows how dangerous it can be to drive aggressively. About nine in ten drivers have stated that they see aggressive driving as a threat to their personal safety. The National Highway Traffic Safety Administration estimates that about two-thirds of crash deaths are due to aggressive driving.

Always try and remain levelheaded when out on the road and focus on reaching your destination. Avoid escalating a frustrating situation because there is never a way of knowing how the other driver may react.