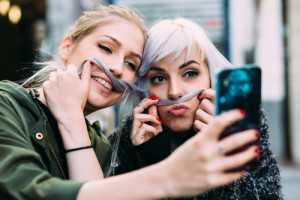 Millennials may be the future, but if a recent report is to be believed, they’re also unsafe drivers. This report by the American Automobile Association (AAA) suggests millennials exhibit far riskier behavior than any other age group.

According to the AAA report surveying just over 2,500 drivers, more than eighty percent of millennials admitted to engaging in risky behavior behind the wheel during a thirty day period. This behavior included running a red light, speeding, or using their mobile phone while driving. This report follows another one released by the National Safety Council showing traffic fatalities increased by more than five percent last year compared to 2015.

It’s long been proven that talking on the phone or attempting to text while driving can significantly distract a driver. Once other factors such as speeding or rolling through stop signs are thrown into the equation, there is indeed a greater risk of traffic accidents or worse, fatalities. Drivers between the ages of 19 to 24 were more likely to drive ten miles over the speed limit as well as run a red light.

This update is brought to you by Miami traffic ticket lawyer Hochman & Goldin, P.A. We can assist you with criminal traffic violations and are ready to answer your questions. Please call 305-665-1000 to speak with someone about Miami civil traffic tickets.