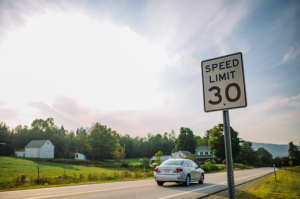 As Miami’s daily traffic tie-ups continue to plague drivers, Miami city commissioners will be getting together next month to vote on whether to cut down the speed limits in several neighborhoods to 25 miles per hour in an effort to make them safer.

The reduced speed will likely cause some degree of controversy. After all, everyone’s in a hurry to reach their destination, and arriving late somewhere is typically due to slow moving traffic on major roadways, like Dixie Highway for example. To circumvent these traffic jams, drivers often navigate through residential streets, and these are exactly the streets that the commissioners will be aiming to address.

Miami isn’t the first city to propose a speed limit reduction. Neighboring Coral Gables recently made headlines when it decided to reduce the speed limit to 25 miles per hour. Two years ago, New York became the first state in the country to give it a shot, and now other major cities are following in its footsteps.

The goal is largely boosting the safety of pedestrians, residents, cyclists and fellow drivers. After all, colliding at a lower speed can significantly lessen the odds of death, and there are fewer odds of colliding in the first place.

How do you feel about the proposed lower speed limits in Miami?

This update is brought to you by Miami traffic attorney Hochman & Goldin, P.A.  We can assist you with criminal traffic violations and are ready to answer your questions. Please call 305-665-1000 to speak with a Miami expungement attorney or if you’d like to learn more about how we can help fight your traffic ticket. We look forward to working with you.