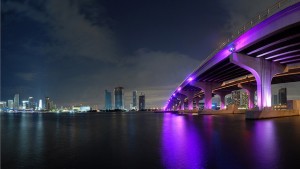 Miami isn’t known for its great drivers yet if a recent study is to be believed, “The Magic City” is in the top ten of the best driving cities in the United States. The study gathered data from numerous insurance quotes. Each city was then broken down by how its amount of accidents, the number of speeding tickets, as well as citations, and DUIs. Miami earned high marks for its DUI rates and good scores, coming in just below cities like Louisville, Chicago, and Detroit.

Miami was one of four cities in Florida that managed to make the list of best drivers. Coming in ninth, 23rd, and 35th place were Fort Myers, Orlando, and Jacksonville, respectively. For those curious about which cities in the country fared worse, Portland, Oregon, and Boise, Idaho were among the list.

You may be curious as to Miami managed to now have some of the best drivers in the country. One reason may be the significant drop in tickets being written. Back in 2017, the number of issued tickets decreased by more than twenty percent due to issues with ticketing book scarcity and electronic ticketing.