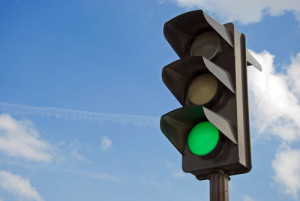 Until 2011 Miami-Dade County’s traffic lights were being controlled from a Northwest Miami-Dade location consisting of technicians monitoring a massive system comprised of a board with green and red light bulbs, the latter indicating a problem.  This board was established in 1975 but has since been phased out in favor of computers and flat screen televisions that allow technicians to monitor intersections in real time based on images sent by cameras.  These changes are part of a larger multimillion-dollar modernization program intended to upgrade the more than 2,500 traffic signals throughout Miami-Dade County.

The upgrades allow the computers to control the signals and there is also new equipment being installed that should allow traffic signals to operate at better efficiency.  This means better traffic synchronization and potentially a slightly smoother commute for Miami-Dade drivers.  As the county’s population expands, the improved traffic signal system is in a much better position to adapt.  In fact, between twenty to forty signals are added on a yearly basis.

Modernizing the drive for Miami-Dade drivers is also part of a two-phase project.  The first phase is intended to evaluate traffic patterns across major corridors through the use of cameras and vehicle information systems.  Technicians are also evaluating traffic lights that can actually detect vehicles as they approach as well as ones that can communicate with each other.