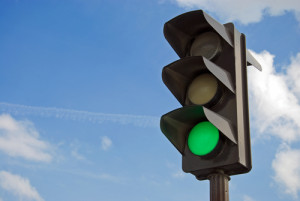 In the past, whenever a Miami-Dade County traffic light decided to malfunction or required a reset, the customary—and laborious—thing to do was to send someone out to fix the light or reboot it. Thanks to the county’s new traffic signal command center, this will largely if not entirely become a thing of the past.

The new $1.3 million command center recently opened near Miami International Airport and is one component in a larger strategy being spearheaded by the director of Miami-Dade’s department of transportation and public works. This new strategy will also include the first ever air-conditioned bus shelter in the state plus a useful transit-tracking app that will let bus riders know how soon the bus will be arriving.

The county’s original traffic signal center opened way back in 1975 when there were a mere 1,200 signals. At the time the system was only capable of monitoring up to 2,000 signals, but that number has since increased to 3,000. In addition to the new center, the Florida Department of Transportation has also been collaborating with the county to install cameras and detectors along major corridors, allowing for better traffic flow monitoring. Over 300 of these cameras have already been installed and there are 500 more on the way.