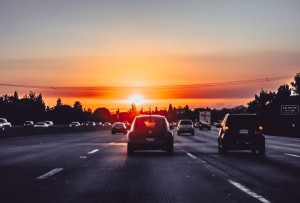 Here’s a bit of startling news: just over seventy percent of Americans are unfamiliar with their state’s Move Over laws, according to a National Safety Commission poll. Several law enforcement officers have sustained injuries due to drivers failing to follow these rules. While most drivers are aware they must pull over so that emergency vehicles can pass, it’s the part about switching lanes to maintain a safe distance that most are unfamiliar with.

Florida law requires that vehicles switch over a lane if there are utility service vehicles, emergency vehicles, or sanitation vehicles stopped by the side of the road. If for whatever reason the driver is unable to switch lanes, then they are required to reduce their speed to twenty miles below the speed limit while they are passing by these aforementioned vehicles. While the information regarding the Move Over Act is part of current driving tests, older drivers around age thirty or above may not be aware of it as the law was not in effect then.

Last year alone, over 115 crashes resulting in more than eighty injuries were caused by drivers failing to adhere to the Move Over Act. Additionally, close to 17,000 drivers were cited for the same reason. Move Over Act violations can result in a driver receiving a fine as well as points on their license.

This update is brought to you by Miami traffic ticketlawyer Hochman & Goldin, P.A. We can assist you with criminal traffic violations and we are ready to answer your questions and help you fight your ticket. Please call 305-665-1000 to speak with a Miami expungement attorney.