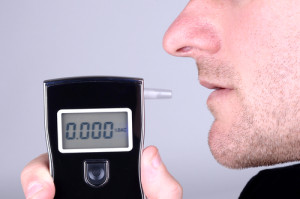 With drunk drivers continuing to plague the Florida roadways and increasing the risk of an accident, lawmakers are constantly trying to devise new ways to curb the problem. The latest measure being proposed by lawmakers would require first-time DUI offenders to have an ignition interlock device installed in their vehicle.

Called House Bill 949 (HB 949), the bill would require the device to be installed after the very first driving under the influence conviction. Lawmakers are also looking to make changes to SB 918, which would require the ignition interlock device for any drunk driver.

Currently, ignition interlock devices are only installed after the driver’s second offense, if it’s ordered by a judge, or if the driver has a content level of .15 or above. A second offense requires the device to be installed for a year, while four or more convictions extend that requirement to a minimum of five years.

Ignition interlock devices work by preventing a vehicle from starting by forcing the driver to blow into the device measuring his or her breath-alcohol content (BrAC). The vehicle will only start if the BrAC is below the legal limit, which is .08.

Supporters of HB 949 believe the bill could save lives. Per the National Highway Traffic Safety Administration, nearly 800 people died in drunk driving crashes in Florida in 2015. The CDC says ignition interlock devices reduce repeat drunk driving offenses by more than 60%.

This update is brought to you by Miami traffic ticket lawyer Hochman & Goldin, P.A.  We can assist you with criminal traffic violations and are ready to answer your questions. Please call 305-665-1000 to speak with a Miami expungement attorney.