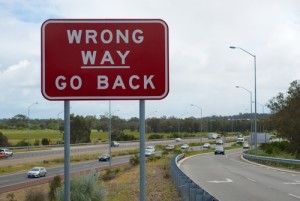 Among the many hazards that South Floridians face on a daily basis, wrong way drivers are a major and highly dangerous problem.  Just last week, a 23-year old woman lost her life and took the lives of four other people when she plowed head-on into their vehicle after driving on the northbound I-95 express lanes in the wrong direction. It’s just one of the latest examples that’s spurring highway planners to come up with a way to combat the growing problem.

How big of a problem are wrong way crashes?  The Florida Department of Transportation (FDOT) released a report in April 2015 showing more than 250 wrong-way crashes causing over 70 highway fatalities in the state from 2009 to 2013.  What’s more, more than 20 percent of the crashes were accidents that happened in Miami-Dade County.  Just last month, a 23-year old man was responsible for killing a 23-year old woman when his vehicle crashed head-on into her Honda Civic after he was driving southbound on northbound I-95 lanes.

Electronic signs that flash “wrong way” are one of the ways the FDOT is contemplating dealing with wrong way crashes.  There are also plans for devices that would alert a driver if he or she enters a ramp the wrong way.  Officials have also proposed taking more aggressive measures, including spike strips to puncture wheels.