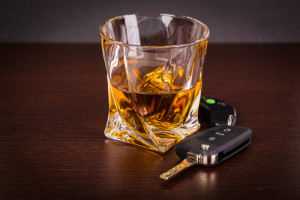 Why are repeat DUI offenders still being allowed on the Florida roadways?  That’s the question being asked by a family after a tow truck operator was struck and killed in Florida by a woman who had previously been arrested three times due to driving under the influence.  A Florida state representative is looking to do something about it.

The representative is sponsoring HB 555, a Florida bill that, should it become law, will require ignition interlock devices be installed in the vehicles of DUI offenders six months after they’ve been convicted, even those who have committed an offense for the first time.  With the ignition device, a driver would be required to blow into the device before the vehicle can be started to determine if they are inebriated.  If alcohol is detected at a pre-set level, the vehicle will not start.

Current Florida laws state that ignition interlocks be required for repeat and first-time offenders that have a blood alcohol concentration of 0.15 percent, which is considered to be twice the legal national limit 0.08 percent.

More than 100,000 DUI offenders with three prior arrests were found to still be driving on the roadways in 2015.  Recent statistics also show that over 30 percent of cases involving drunk driving are either reduced or entirely dismissed.