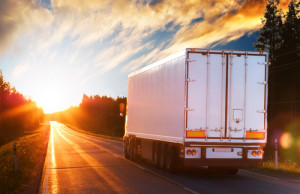 Just how bad is traffic congestion on the Florida roadways?  Consider that the trucking industry alone had to shell out an additional $49.6 billion in operational costs back in 2014 because of it.  Perhaps not surprisingly, Florida came in number one in the highest increased costs per research released by the American Transportation Research Institute (ATRI). Over ten different states saw increased costs of over $1 billion due to traffic congestion, with Florida and Texas in the top two spots with more than $4 billion each.

The ATRI analysis also found that delays due to congestion resulted in over 700 hours of lost productivity time, meaning more than 260,000 commercial truck drivers were forced to sit idly in traffic.  Congestion costs based on each truck meant an average increased cost of more than $26,000 for trucks that drive 150,000 miles a year.

Urban areas tend to be the ones that see the largest amount of congestion.  Though congestion is one of those things that Florida drivers are simply forced to accept, the results released by ATRI do indicate the alarming amount of productivity that’s lost and how it can economically affect a particular industry.