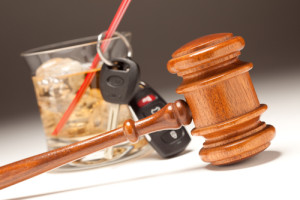 Anyone who chooses to run the risk of drinking and driving in Florida will be in for a hefty fine surprise. A study comparing the strictest and most lenient states in the country when it comes to DUI penalties shows Florida managing to make the top twenty, coming in at number 14. Arizona made the top of the list as the state with the strictest penalties in the country while Vermont was the most lenient.

The ranking of states was determined by taking a look at the minimum length of jail time, minimum fines, and how much the average insurance rate would increase after a driver is arrested. The data shows that a driver would pay $347 for their first offense. Over ninety percent of states require that ignition interlock devices be installed in a vehicle upon being arrested for a DUI.

Current Florida laws do not stipulate a minimum amount of jail time if a driver has been convicted of a DUI for the first time. However, a second conviction will result in a minimum jail stay of ten days. A third offense will turn the conviction into a felony, and any old DUI offenses will play into penalties that could extend up to ten years.

Driving sober is always the best way to ensure that you’re making the roads safer for everyone.