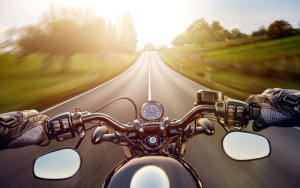 The National Highway Traffic Safety Administration (NHTSA) released statistics that once again paint a grim picture for Florida’s many drivers. These statistics show that “The Sunshine State” has the greatest number of fatal motorcycle crashes in the entire country.

Back in 2015, there were just over 600 motorcycle crash fatalities and more than 9,000 crashes resulting in injury. According to the statistics, fatalities increased by more than 25% compared from 2014 to 2015. On top of that, Miami-Dade County came in at number one for the greatest number of fatalities, followed by Hillsborough County and Broward County, with 48 and 42 deaths, respectively.

Motorcycle drivers believe a major reason for the sharp increase is distracted drivers being unaware of their surroundings. The NHTSA strongly suggests that drivers not only respect motorcycles but also allow them sufficient room. Perhaps most importantly, drivers should always keep their eyes on the road. The NHTSA also urges motorcyclists to wear protective gear to improve their safety, including helmets. Since 2000, Florida law does not legally require motorcyclists to wear helmets if they are over the age of 21.

Do you drive a motorcycle? If so, how safe do you feel when you’re on the busy South Florida roads? Have you ever had any close calls?