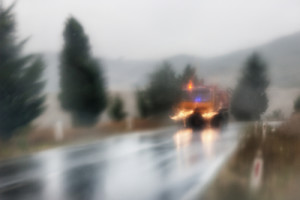 Are you familiar with Florida’s “move over” law?  It’s been in effect for nearly fifteen years, yet many drivers seem to be either unaware or choose not to follow this law.  The move over law states that a driver must either change lanes if he or she is approaching an emergency vehicle with flashing lights on the side of a highway, or he or she must reduce their speed to 20 miles per hour below the speed limit upon approaching the emergency vehicle.  Failure to follow the law could result in a $120 fine and three points on a driver’s license.

The purpose of the move over law is to protect the safety of emergency workers on the side of a highway.  Two years ago, lawmakers broadened the scope of the law to include not only emergency crews but also ambulances and fire trucks.  The law has since been applied and extended to tow trucks, vehicles that face an even riskier environment because of drivers that are unaware of the changes as they’re navigating the Florida highways.  In December 2014, two tow truck operators were working on a scene along U.S. 19 when the driver struck and killed one of the drivers despite the tow truck having its emergency lights on.

The Florida Highway Patrol has issued over 30,000 citations to drivers that have violated the move over law, though these numbers do not reflect which ones were due to a driver failing to move over for a tow truck.