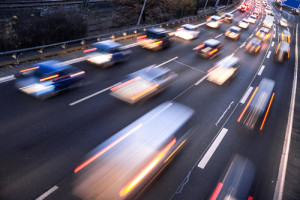 South Florida is well known for its aggressive drivers, especially in cities like Miami where traffic tie-ups are very common.  One of the major reasons for road rage is slow drivers.  Contrary to popular belief, there is no such thing as an official “fast lane” on a highway.  There is, however, a passing lane which is designed to allow drivers to move past slower moving traffic before moving back to the right lane.

In a perfect world, a driver would use the passing lane solely for that purpose, but many drivers decide to stay in the left lane because they believe they’re going the speed limit.  This is where problems arise.  An Expedia study shows that left lane drivers driving below the speed limit are among the top reasons for road rage, right behind texting and tailgating.

What many drivers fail to realize is that there is, in fact, a law (Florida State Statute 316.081) that makes it a noncriminal traffic infraction, punishable as a moving violation for any driver to linger in the left lane while driving at less than the normal speed of traffic.  This law is designed to reduce road rage, prevent accidents, and allow the left lane to be used by faster vehicles so that traffic flows better and there is no need for swift lane changes.

If you are in the passing lane, at least try and make an effort to move out of the way for a rapidly approaching vehicle so that you don’t get rear-ended or become a victim of road rage.