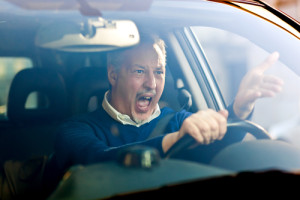 When you’re out on the Florida roadways, you may have thought to yourself, “these are the worst drivers in the country”. It turns out you’re right; Florida was recently given the title of the Worst Drivers in America per a survey of more than 1,500 drivers in the United States.

Depending on how much time you’ve spent driving in Florida, the news may not necessarily come as a shock. What may surprise you is the state that has the best drivers in the country which is New York, believe it or not. New York earned the title thanks to its skillful drivers, but it also managed to have the rudest drivers in the country, unlike Texas which has the most courteous drivers.

The survey which was conducted by CheapCarInsurance.net took a look at aggressive driving trends across the United States and found that just over twenty percent of them have hurled an expletive or two at someone just about every day.

Perhaps most unusually, the survey also found that vehicle color played a factor in aggressive driving. Drivers of black vehicles were more likely to blare their horns, publicly curse, or make rude gestures to fellow drivers. Red and blue vehicle drivers also were aggressive while yellow vehicle drivers were considered the least likely to react angrily. Despite all the negativity, the survey also showed that courteous drivers were encountered far more frequently than aggressive ones.