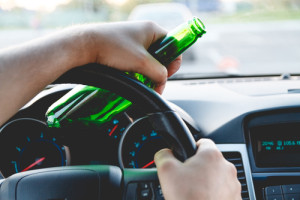 The Florida Legislature is hard at work evaluating a bill aimed at those who have been convicted of a DUI. The bill would require the installation of a device that would prevent the vehicle from starting if the driver has consumed alcohol. Those championing the law say the bill would save numerous lives, and no one seems to be disputing that.

Current Florida law requires repeat DUI offenders or drivers with a blood-alcohol content of .15 or more to use ignition interlock devices. These devices prevent the vehicle from starting up if it detects anything above .025 when a driver blows in it. That number is just less than one-third of the current .08 legal limit.

Crashes and fatalities related to drunk driving have reached an epidemic level in Florida. Driving fatalities caused by driving under the influence increased by nearly fifteen percent between 2014 to 2015 compared to just over three percent nationally.

Should the proposed legislation pass all of the hurdles in Tallahassee, first time offenders would be required to install ignition interlock devices in their vehicle for a minimum of six months. Florida would join more than twenty states around the country that have already taken similar steps to fight the DUI epidemic.

This update is brought to you by Miami traffic lawyer Hochman & Goldin, P.A. We can assist you with criminal traffic violations and are ready to answer your questions and help you fight your ticket. Please call 305-665-1000 to speak with a professional about fighting your Miami civil traffic tickets.