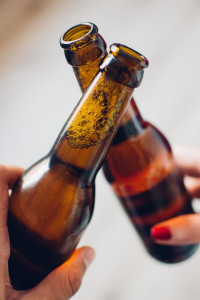 New Year’s Eve would seem like the most logical holiday in terms of drunk drivers being out on the roads in greater numbers. However, that dubious distinction falls on Thanksgiving Eve, which is largely viewed as the year’s busiest night for drinking.

While this year’s Thanksgiving Eve has come and gone, law enforcement officers in certain parts of Florida ramped up their efforts to cut down on drinking and driving by using modern technology to better catch offenders. This technology involved the use of what’s called a preliminary breath test (PBT).

With the PBT, a law enforcement officer can use the device to detect whether a container has alcohol in it or not. That means even if the container doesn’t look like a better bottle or if the alcoholic beverage is masquerading in the guise of a water bottle, the PBT is able to sniff out the presence of alcohol. It can almost be considered as a breathalyzer of sorts but for liquids.