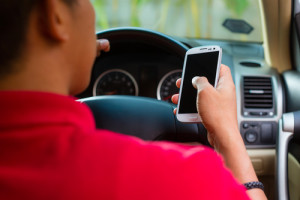 A major problem on the Florida roads is texting while driving.  Because of driver distraction, the roads are much riskier and there is always that potential for a serious or perhaps even fatal accident.  It is illegal to text and drive in the state of Florida, but current laws limit its usefulness.  To stop and cite a driver for texting while driving, a law enforcement would have to stop the driver for committing another violation, like speeding or failure to wear their seatbelt, for example.  Because of this, the ban on texting while driving is essentially rendered moot.  Lawmakers are now considering turning this from its current status as a secondary offense into a primary one, signal a potential boost to its effectiveness.

The texting while driving law was passed in 2013, and since then Florida officers have issued more than 1,000 tickets which typically carry a fine of $30.  With the new laws being considered by lawmakers, an officer would have the authority to stop anyone they believe is driving while texting, no additional citation necessary.  According to the National Safety Council, attempting to text on the road can dramatically reduce the driver’s ability to process moving images by up to a third.

Should texting while driving be considered the same as a DUI?  Some believe it should since a driver will sometimes weave around in traffic while trying to drive and text someone at the same time.