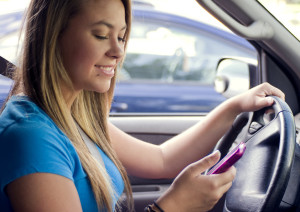 How are things going with Florida’s texting while driving law which went into effect back in July? Just over 500 drivers have received a traffic ticket after being caught texting while driving, according to the Miami Herald. Those numbers mean about seven tickets per day are being written.

If the numbers seem unusually low, it’s likely on purpose. Law enforcement officers including Florida Highway Patrol are choosing to give drivers warnings instead of tickets so they can be aware of the new law. More than 400 warnings have been given between July and September but things will be changing once the “grace period” ends in January and police forgo warnings and begin issuing tickets. Additionally, another part of the law will go into effect starting next month. Drivers can be pulled over if they are caught using their phones in a work or school zone.

The texting while driving law isn’t entirely new. It’s been around and has remained illegal well before July but it wasn’t considered a primary offense at the time. This meant police officers would need to pull a driver over for another reason such as speeding before they could write a ticket for texting while driving.