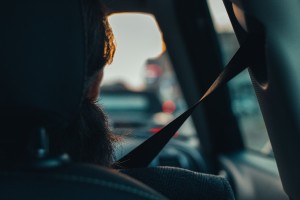 If you don’t regularly wear your seat belt when you’re out and about on the Florida roadways, watch out! Last week, several police departments across the state launched their “Click It or Ticket” seat belt campaign. During this time, law enforcement officers will be increasing their patrol until June 2nd as a greater number of drivers are expected to be out on the roads due to the upcoming Memorial Day weekend.

Per the National Highway Traffic Safety Administration, there were over 10,000 unbuckled passenger vehicle occupants that lost their lives in a crash in the United States back in 2017. During this same year, over fifty percent of occupants that died during the evening hours were not wearing seatbelts. With that in mind, one of the primary goals of the Click It or Ticket campaign is to enforce wearing seat belts at night. Officers are employing a zero-tolerance approach when it comes to enforcing wearing seat belts, regardless of the time of day.

Driving without a seat belt on is considered a primary offense in the state of Florida, which means an officer has the authority to pull a driver over if they are caught not wearing one. All passengers are required by law to wear a seat belt.