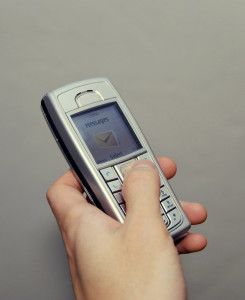 We’ve previously mentioned Florida is among the very few states that do not have any laws prohibiting texting while driving. In order for a law enforcement officer to pull over a driver for texting, the driver must have committed a primary offense first. If the Florida House has its way, however, this may soon change.

A pair of new bills has been introduced to the Florida House aimed at drivers that can’t seem to leave their phones alone when they’re behind the steering wheel. The first of these two bills, HB 47, will boost the penalties for offenders of the state’s existing Ban on Texting While Driving Law. HB 47 would upgrade the offense from a secondary to primary offense, allowing law enforcement officers to stop a vehicle if they catch the violation. The other bill HB 69 is intentionally aimed at drivers that are age eighteen or younger and it would allow officers to stop a vehicle and issue citations as a primary action.

Per a report by the Florida Department of Highway Safety and Motor Vehicles, more than 650 driving citations were issued to Miami-Dade drivers in 2015, far more than any other county in all of Florida. Drivers in Broward County received just over 400 citations, while Palm Beach drivers racked up 378.