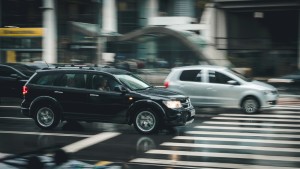 When it comes to driving, Florida is frequently in the news for dubious reasons. These include poor driving, texting, and in the case of today’s topic, road rage. Sure enough, a recent news article says Florida is the worst in the country when it comes to road rage, outdoing larger states such as Texas and California.

In the case of Florida, road rage cases have skyrocketed by more than seventy percent from 2014 to 2017, with more than 270 cases in Florida. What’s worse, data from the non-profit Gun Violence Archive based in Washington DC shows that Florida also leads the country in road rage confrontations where guns were involved. Sine 2014, at least twenty people have lost their lives to road rage incidents involving guns and even more have been injured for the same reason.

So why are Florida drivers so angry? It may be due to the growing population, causing tempers to flare as the roads become more clogged. Traffic remains a major issue in South Florida where drivers spend hours on roadways such as I-95 that slow to a crawl during rush hour.

Stay safe on the roads and always try and practice patience and empathy when you’re on the South Florida roads. You can read more about this story at the following link: https://www.abcactionnews.com/news/local-news/i-team-investigates/database-florida-leads-the-nation-in-road-rage-cases-up-71-from-2014-to-2017.