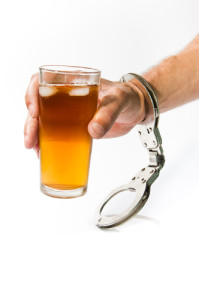 Considering its many bars and nightclubs, Miami Beach police officers have consistently kept driving high or drunk at the top of their priority list.  In fact, they made nearly 1,300 arrests back in 2010.

This is no longer the case.

Per recent statistics released by the Miami-Dade courts, the Miami Beach Police Department made a mere 138 DUI related arrests in 2015, a radically lower number than in 2010.  These statistics are surprisingly low in Miami-Dade County, where DUI arrests have been consistently going down in the last couple of years.  In 2015 police made just over 3,600 arrests, representing a nearly 20 percent decrease when compared to 2014.  Back in 2010, police officers made a whopping 6,321 arrests related to suspected intoxicated driving, further reinforcing just how dramatic these numbers are.

The lower numbers raise the inevitable question: what’s the reason behind them?  On the positive side, the increase in ride sharing programs like Lyft and Uber may be cutting down on drunk driving as well as the ongoing efforts of Mothers Against Drunk Driving in raising awareness.  On the other hand, it could also be the lack of manpower and proper training.  Another reason may also be the court program for first-time DUI offenders that has generated some degree of controversy.